Van Morrison’s new album is Latest Record Project, Volume 1 (LRPVI). That sounds generic, sure, but after 41 other albums, I guess one might run out of titles. The music is plentiful (28 tracks over two CDs), and the name suggests that more abundance may be forthcoming. And at age 75, he’s been working harder...

Van Morrison’s new album is Latest Record Project, Volume 1 (LRPVI). That sounds generic, sure, but after 41 other albums, I guess one might run out of titles. The music is plentiful (28 tracks over two CDs), and the name suggests that more abundance may be forthcoming. And at age 75, he’s been working harder than ever in the recording studio, releasing so much and so often it’s hard to keep track.

There have been fine moments in recent years, the voice nimble, the players deft. The increasing reliance on Hammond organ, including two albums with Joey DeFrancesco in 2018 alone – You’re Driving Me Crazy and The Prophet Speaks, is a fine strategy. Organ has been the primary instrument in Van’s recordings for decades. I prefer my Hammond with a little more grind, but these versions of jazz, blues, soul, and pop, sprinkled with Morrison originals, go down easy. Listen to Van grab Cole Porter’s “Miss Otis Regrets” in his teeth and chew it apart like a bulldog with a bone: that’s singing, brother.

Of course, Van Morrison may be the most talented singer of the last two generations, starting with his Belfast pals in the band Them, the most underrated band of all those who came from across what then seemed like a distant ocean in the mid-1960s. Them were such provocative precursors of punk, so bellicose with the blues, they made the Black Keys and White Stripes sound like Simon and Garfunkel.

With Them, Van was the one with “Mystic Eyes,” who shouted “G-L-O-R-I-A” for the first time. Not enough people know or remember that he wrote that song. Then he went Top 10 in America in 1967 with “Brown Eyed Girl”: I know Van was disappointed with his company, Bert Berns’ Bang Records, but since then, there doesn’t seem to have been a label that did not irritate him so deeply that is surprising he has not declared he is no longer be addressed as Van Morrison but as a glyph, as Prince did with Warner Brothers. The Warners of the late 1960s was the hippest label in town, and it was on WB that Morrison released that pastoral stream of consciousness, Astral Weeks. The public didn’t get it, but it changed rock criticism forever, as writers from Lester Bangs to Paul Williams wrestled with an album so rich and nuanced, so spectral and spiritual and haunting, that it required thousands of words to describe the experience of listening to it. (Of course, it could have been the drugs, and it could have come with a label: “best listened to on mescaline.”

Moondance rendered Morrison a kind of immortality: It was a 10 of 10, a perfect album in a year, 1970, when everyone was striving for the perfect organic groove. The Beatles had called it quits, and Moondance was the balm for a counter-culture in search of relief and release. Before the year was over, Van did it again with His Band and the Street Choir. One of my favorite memories of college was playing pinball in the University of Colorado student union with my roommate, playing “Domino” on the jukebox over and over again, shaking that machine beyond “tilt,” dancing with our flippers: Hit it! To “Domino,” “Blue Money,” “I’ve Been Working.”

Great albums kept coming: Have you listened to Saint Dominic’s Preview lately? Terrific. But the true mass audience Van craved never congealed. The culture was fracturing, but there was another problem: the concerts. Has there ever been a live performer so moody and inconsistent, right from the start? Some shows would be two hours in an ecstatic groove that would leave the crowd drenched in transcendent pleasure. The next night, the applause still echoing through the cultural grapevine, he’d sing for 20 minutes, sniff the air as if he had determined something foul in the slipstream, and leave the stage without explanation. Buying a ticket to a Van Morrison concert became a bad bet.

And Morrison is the worst self-promoter in the history of modern show business. The interviews with which he could have advanced his agenda, sold more tickets, made much more money, defined new albums, have been such minefields that journalists who face him yearn for holiday in Baghdad.

When Laura Barton, an admirer from The Guardian, met Van in Cardiff, Wales, to ask pertinent questions about the songs on the 2019 album Three Chords and the Truth, he stonewalled her and impolitely asked, “What is this, a psychiatric examination? It sounds like one.” The interview lasted 16 minutes and 28 seconds, and must have felt like 16 hours to Ms. Barton.

Psychiatry seems to be on Van’s do not fly list: one of the songs on the new album is “Psychoanalysts’ Ball,” a gentle but firm tirade against their kind of healing game. Yet “Blue Funk” has the singer suffering from what both Winston Churchill and Led Zeppelin referred to as the “black dog” of depression.

In fact, while the music often maintains a vital groove, the lyrics on NRPVI fall into three categories: angry, bitter, and What the Heck? Maybe “No Good Deed Goes Unpunished” and “Love Should Come With a Warning,” songs of romantic betrayal, might have been triggered by his 2018 divorce from a former Miss Ireland. “Where Have All the Rebels Gone,” one of the better new rockers, also seems bitter, as he wonders: “Were they really all that tough/or was it just a PR stunt.”

In many of the songs, Van is the victim of some unidentified “They.” Both “Double Agent” and “Double Bind,” the first two songs on disc two, insist the singer is being subjected specifically to “mind control”: “One must succumb to mind control…to rock and roll” in “Double Agent”; on the latter, “mind control keeps me in a bind.”

“They Own the Media” may be the most provocative and dangerous song here: “They control the narrative; they perpetuate the myth; they control everything you do.” Who “they” are goes unsaid, but as a trope, the “they” accused of running the media, or Hollywood, or Wall Street, has often meant some nefarious force represented by the Rothschilds, or George Soros, or someone with a name like Goldstein or Cohen. The mainstream American Jewish Congress defines one aspect of anti-Semitism this way: “false reports that claim Jews control the media, banks, and governments are part of a longstanding conspiracy of secret Jewish power.” https://global.ajc.org/files/ajc/upload/AJC_Glossary.pdf

But maybe Van is thinking about some other entity controlling the media: The Australian Murdoch family, who wield disproportionate global power with their ownership of Fox News, the New York Post, and The Wall Street Journal in America, The Times of London and some nasty tabloids in England, and influential media in Australia.

This would not be the first time Van has gone off the rails of respectable discourse in song in the last year. Last fall he released three singles railing against COVID-19 restrictions in the UK.

Musicians have disproportionately suffered, financially and spiritually, by bans against large gatherings, travel restrictions and forced isolation. Yet Morrison’s musical  response, especially in the single “No More Lockdown” was more aggressively anti-government than anything Johnny Rotten might have dreamed of when the Sex Pistols were creating anarchy in the UK and flipping off the royals. When Rotten and the Pistols sang, in “God Save the Queen,” that “the fascist regime made you a moron/a potential H-bomb,” they were using sarcastic humor to make the point that youth culture, an entire generation, had “no future” under the current system.

Morrison’s “No More Lockdown” was entirely about him, as he shouted “fascism” in the crowded theater of the pandemic: “Imperial College scientists [UK’s parallel to the CDC] making up crooked facts…no more government overreach, no more fascist bullies, disturbing our peace…Pretending it’s for our safety/When it’s really to enslave.”

Those words, “enslave,” and “slave,” may be the most tone-deaf songs these men every spoke, or sang. Because slavery was real, and not a metaphor for…inconvenience. Of all the people who should know that, Van Morrison and Eric Clapton have spent their lives, acquired great wealth (at least in Clapton’s case) and acclaim as the world’s greatest interpreters of blues and rhythm and blues, the music created by the descendants of slaves. Real people, in real chains, not metaphorical ones.

In this context, so much of Van’s new album remains troublesome, paranoid. “I’m a targeted individual,” he sings in the otherwise affable country blues of “The Long Con.” There is the poorly timed, for America, “Big Lie.” What is the “Diabolic Pressure” he’s feeling? It could be a migraine coming on. It could be worse.

So it comes with some relief that there is one very blunt song that is actually amusing, if unintentionally hilarious. In other places, Van does not seem to know the difference between propaganda and a protest song. But this one is a protest song, and it hits its target.

The song is called “Why Are You on Facebook?”

Van thinks Facebook is stupid, and I couldn’t agree more. I stick around to wish friends happy birthday and to self-promote when the opportunity occurs, like providing a link to this column. But there are so-called “friends” I don’t know, and I share Van’s concern when he asks: “Is your life that empty and sad?” “Why do you care who’s trending?” “Why are you so desperate?” Facebook is designed like cigarettes used to be: modifying the nicotine with other chemicals to make addiction easier to take, difficult to break. I’m not sure what he’s hooked on, except ego and misinformation. Maybe it’s time for Van to take off the tin-foil hat, wear a mask, get a vaccine, and get back on the road ASAP. He’s a great musician, and an often brilliant songwriter. After all these years, he should know better than most that words matter.

Holes in the Story 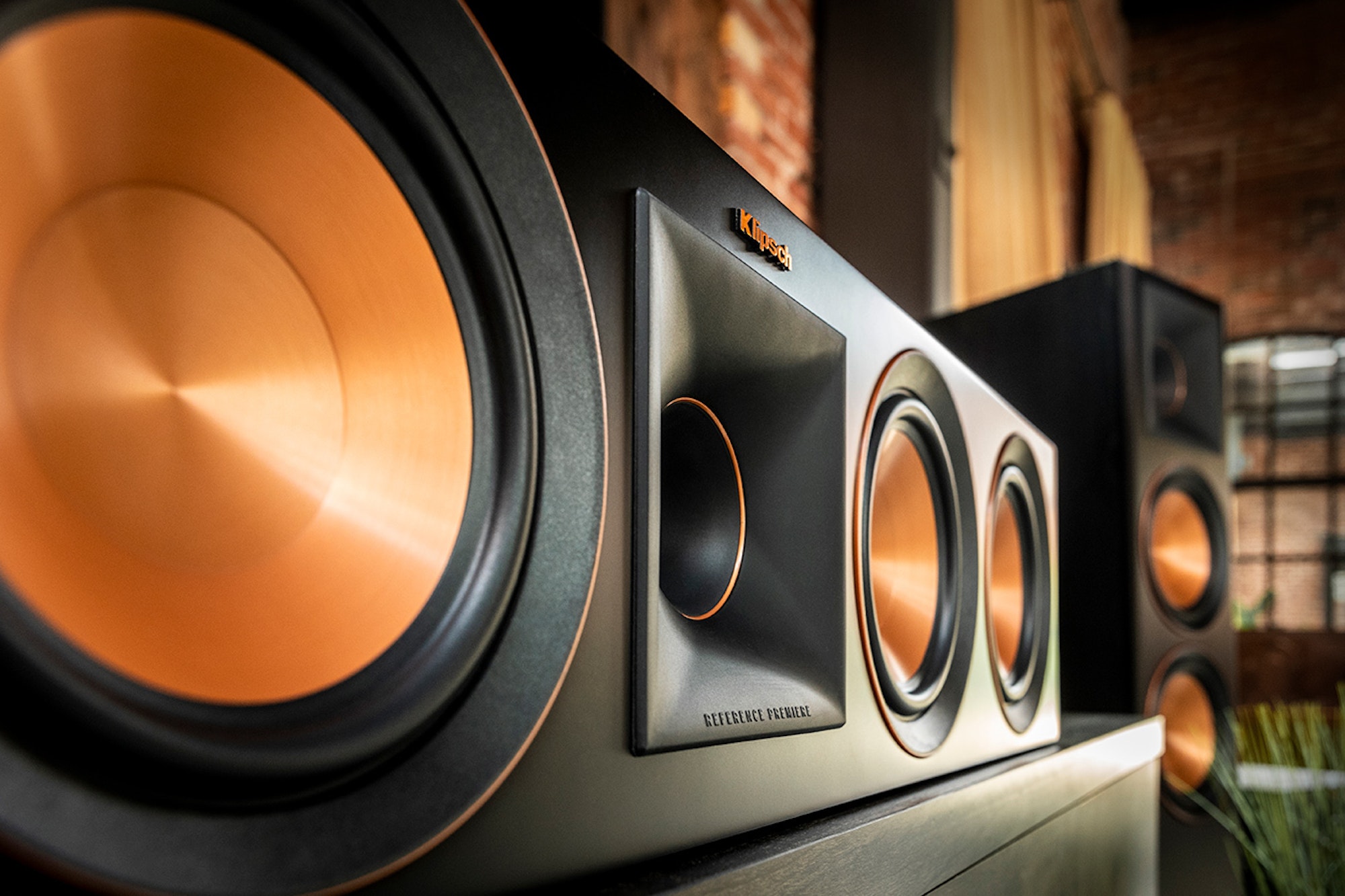 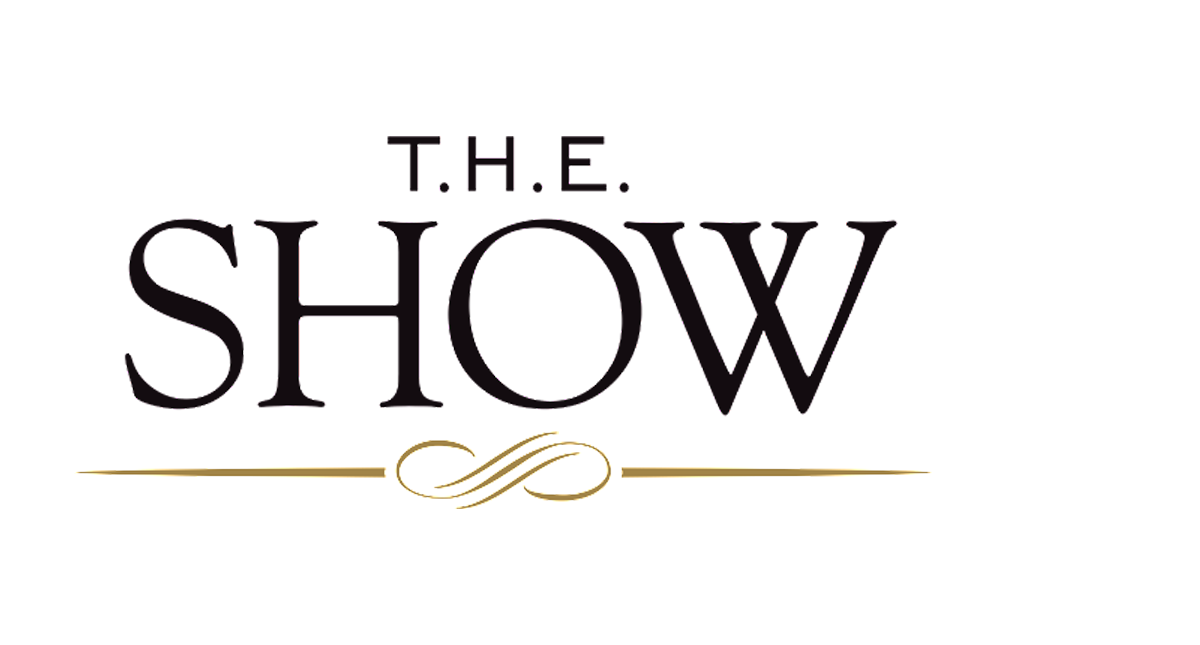 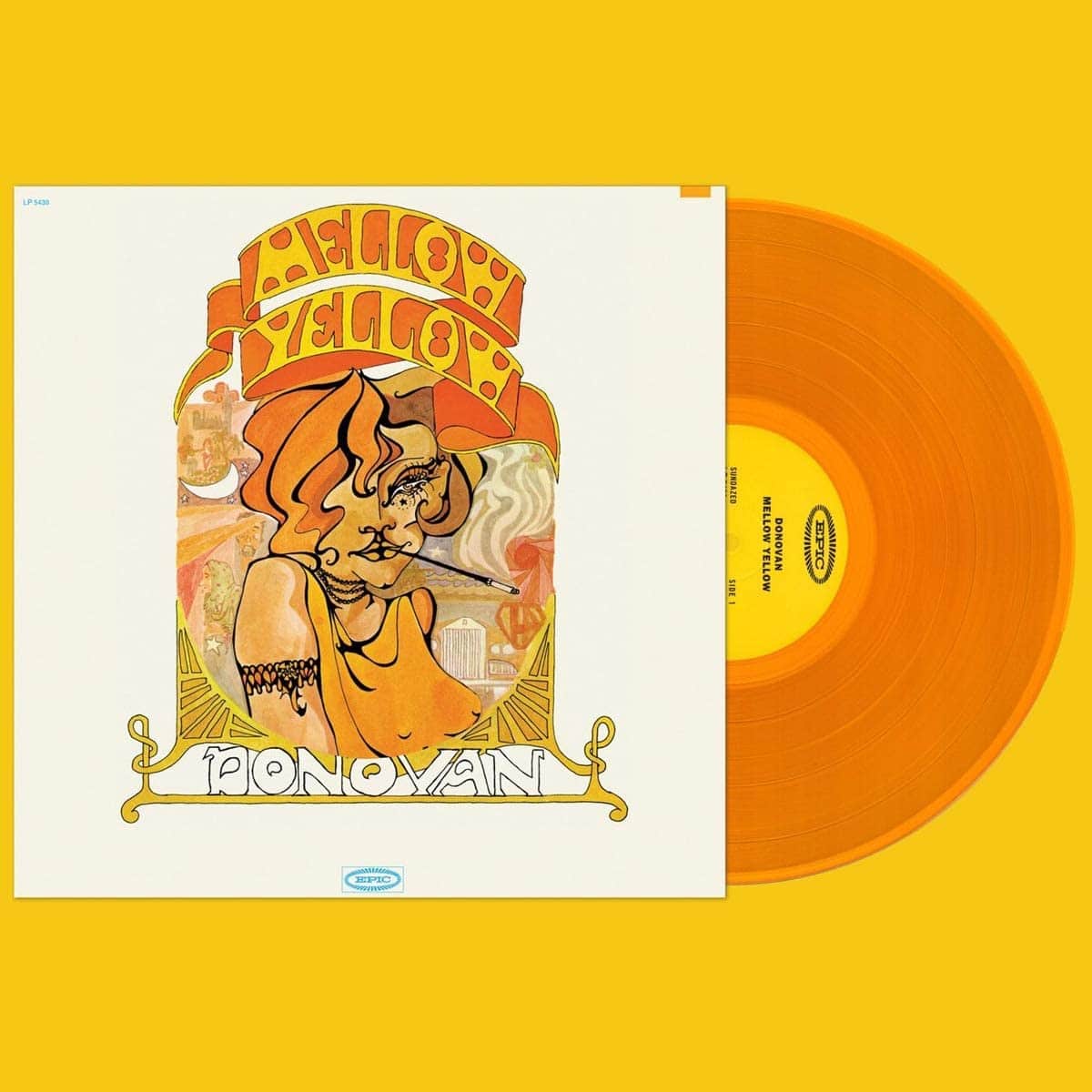 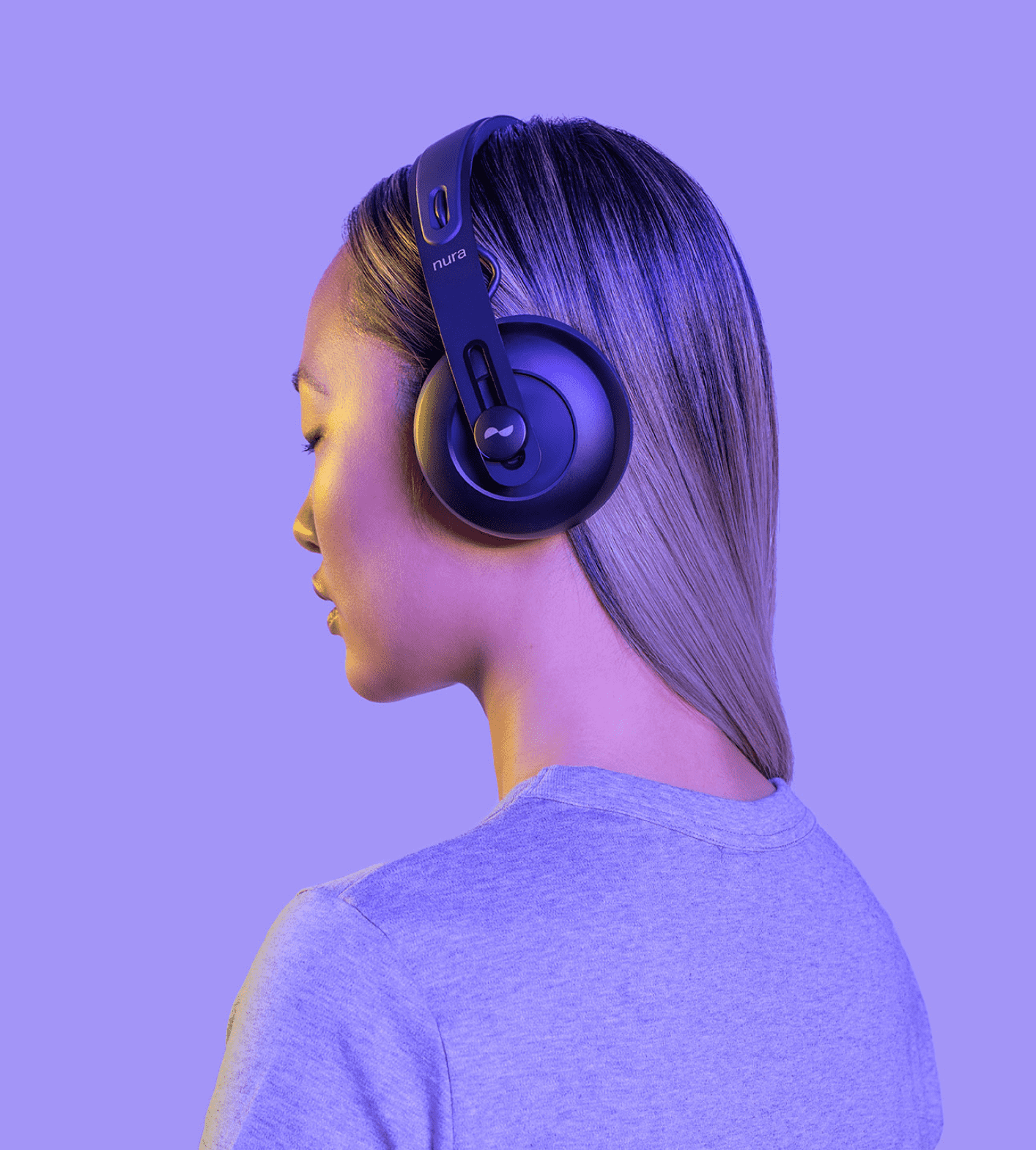 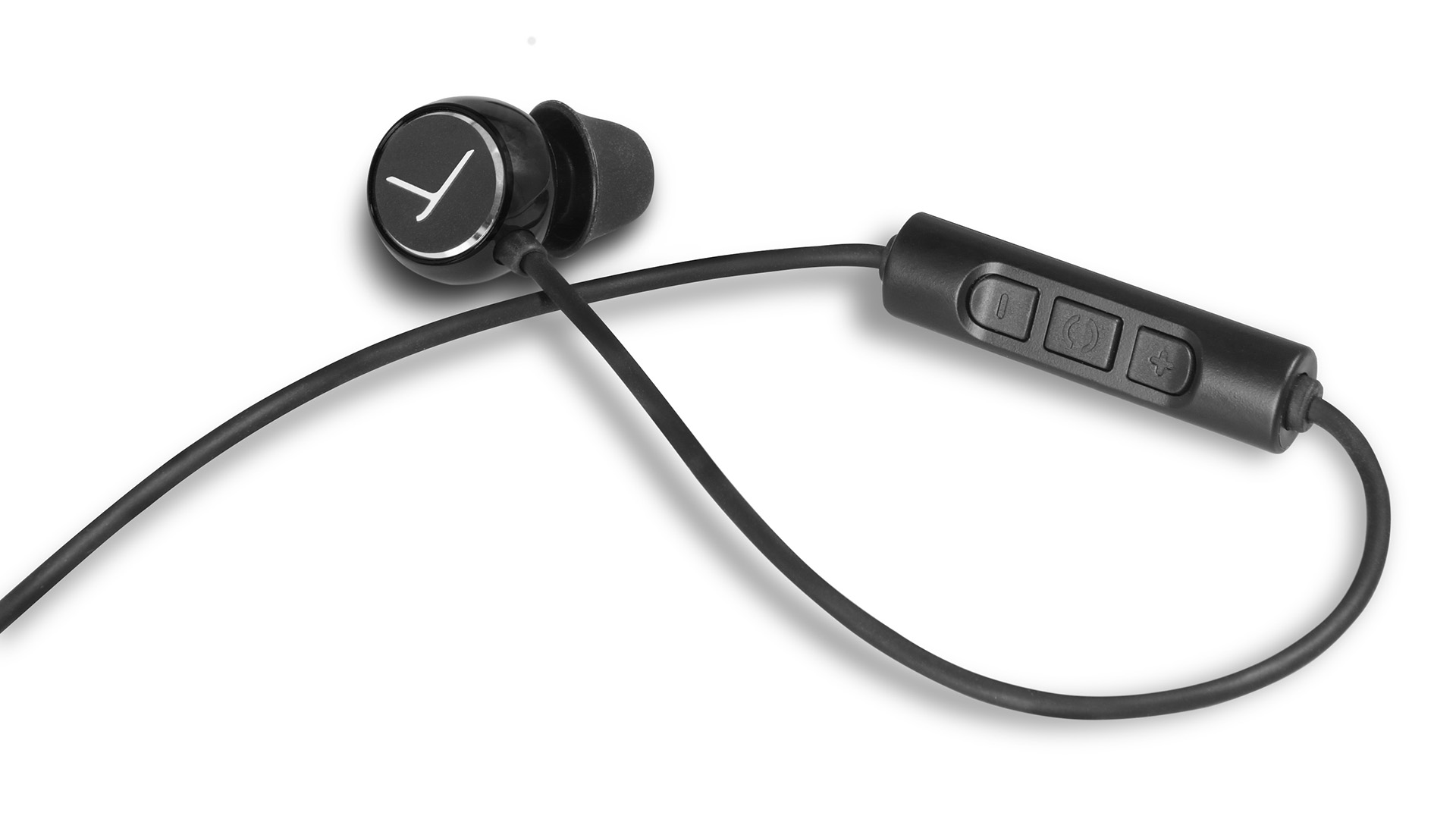 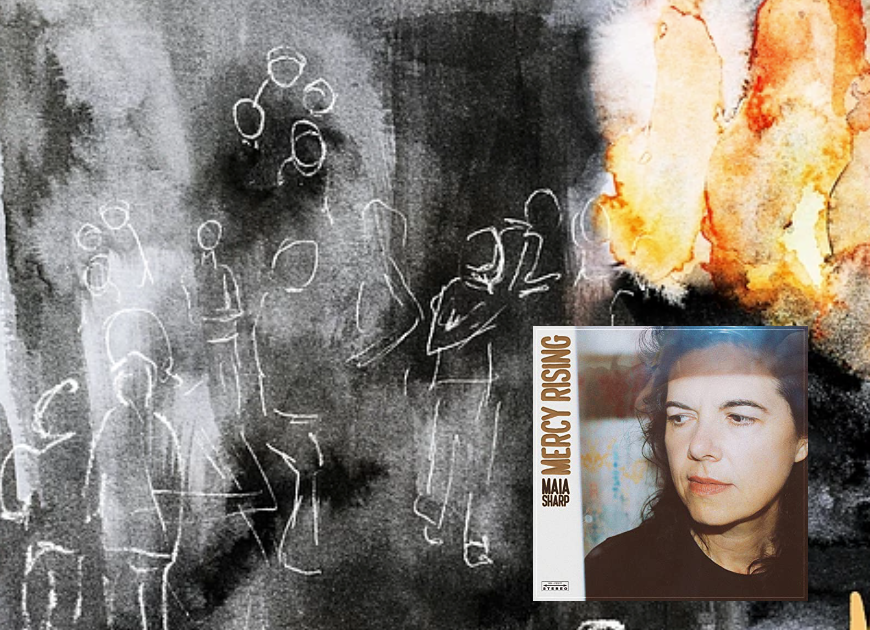